What happens when you drive 15 hours in 2 days?

…so what does happen when you drive for 15 hours in 2 days?

You go crazy! And you also get really tired. Like, exhausted.

All that traveling also means that you don’t update the blog, but we’re fixing that now, so I refuse to apologize. ;)

So let’s see… January 25th we left Phoenix, AZ which happened to be the end of our first experience couch surfing. We had an amazing hostess named Jessie – she was not only a ton of fun to be around, but also was kind enough to take us to her girls night out! We played pub trivia for the first time in our lives – and won!

Back to the 25th. We drove… and drove. Then we drove some more.

Oh yeah, and we saw a ghost town (Jerome, AZ). Unfortunately it was pretty early so none of the little touristy things were open, but we wandered around and took a few pictures: 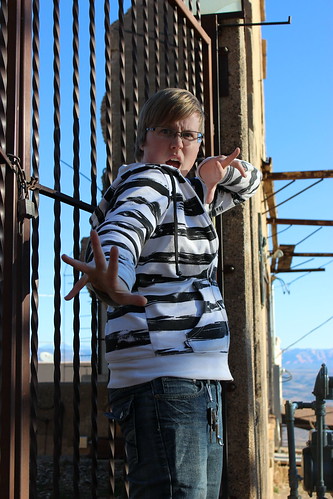 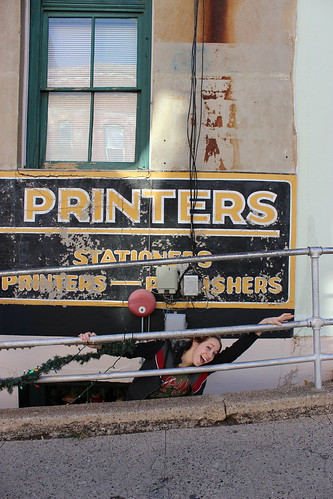 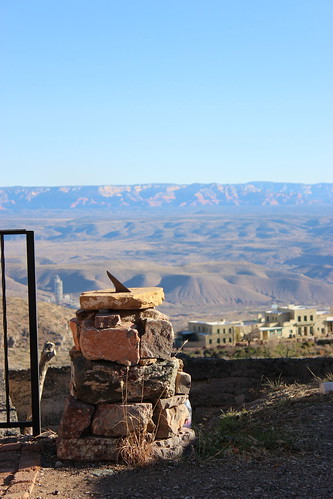 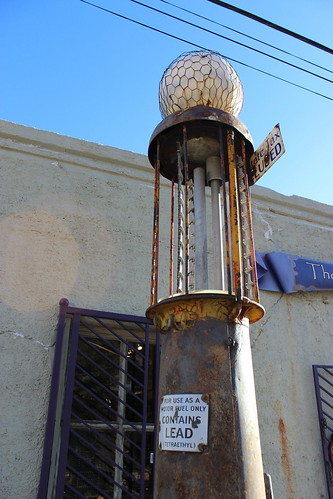 Yep, that was fun.

Then we stopped in Sedona, AZ… we drove through those cool formations, but mostly Rachel saw this little spot that had a ton of signs. Rachel loves signs and odd little things. 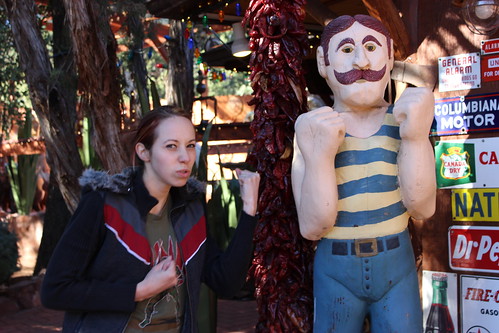 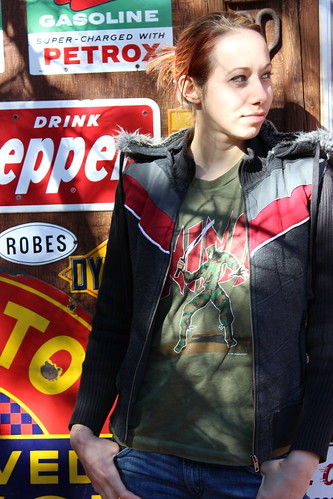 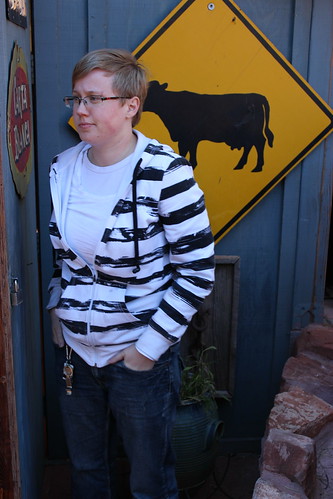 Yeah, that last one is me being way interested in signs. ;)

Night of the 25th, we finally got to our destination in New Mexico around 6:30pm MST… where we met our second set of CouchSurfing hosts.

We all went to dinner right away, hung out for a short time in the living room, followed immediately by falling asleep.

…only to be woken up a few short hours later to a knocking at our guest bedroom door and suspiciously familiar car alarm going off faintly in the background.

My poor San Diego car is apparently allergic to any temperatures colder than like, 60°

UGH. I’ve since done a little bit of research on this – since it happened twice that night and then again last night – it seems that there’s some sort of sensor we should be able to adjust to be less sensitive?

On that note: I did some research in the manual but can’t find anything about it for my car, so if anyone knows how to make the alarm stop waking us and everyone else up in the middle of the night (other than leaving it unlocked) please let me know! 2007 Ford Focus Hatchback. I will send you a thank you postcard if you can help me fix it.

Then yesterday, the 26th, we left bright and early (woke around 6:30am, left by 8:15am) and headed straight for the Four Corners.

To be honest, it wasn’t quite as epic as we thought it would be. We kind of expected some crazy rush as we proudly stood in four states at once.

There wasn’t really that rush, although I did enjoy some throughly nerdy proclamations of which state I was in as I jumped around from state boundary to state boundary.

It was freezing, but Rachel made us stay for a bit to make our $6 investment for getting on the property worthwhile.

The vendors on the edges probably got their entertainment’s worth!

The next… well, really the rest of the day is pretty boring.

For hours, upon hours.  It got to a point where we didn’t believe we were actually headed anywhere.

We stopped at Arches National Park and looked around for a bit, but it was getting kind of late, and little did we know what was waiting to ensnare us unsuspecting Southern California girls.

Long story short, we ended up driving through about 60 miles worth of mountains in the rain… somewhat terrifying.

We finally made it safe to Salt Lake City to visit my new step-aunt and her family around 7:30pm. Pizza was served, sleep was had… and today, Rachel and I have been trying to catch up on rest and get errands taken care of.

For now, I need to get some client work taken care of, so I’ve got to get going.

6 Responses to What happens when you drive 15 hours in 2 days?