A tumbleweed blew across the old dirt road. My fingers twitched by my side, eager for a quick draw. The static between my fingers and the holster was electric. This shootout was mine.

Oooh, right. I live in 2012, not 1882. The adventure was all in my head, as if I’d been sent straight back to the days when this saloon first opened.

That’s right – the oldest saloon in Utah: The Shooting Star Saloon. The building went up in 1865, and was converted from a trading post to a bar in 1879. The only thing this saloon could possibly have to make it look more old West would be swinging doors.

But it’s way too cold in winter for that. 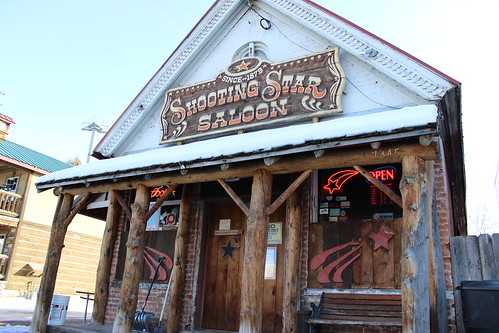 There is snow all over.

Yesterday, we’d gone out to the Salt Lake and checked out a really neat old ranch on Antelope Island. Also, we totally saw bison. 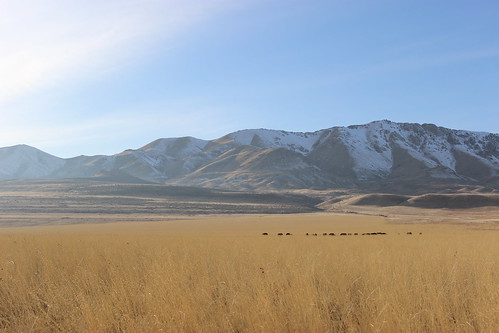 Those are not ants.

Today, we went out and visited a ski resort. Even though we didn’t have time or money to go skiing, it was still way fun to watch!

We then continued to drive all around looking at neat places, of which my favorite was obviously the saloon.

(Did I mention that Cheri has been a really great host to us? She was one of my mom’s best friends in college, and it’s the first time I’ve really gotten to know her since I got older. It’s opportunities like that which makes this road trip so priceless.)

We pulled up to the old saloon and Cheri asked if we wanted to stop in to check it out.

“It’s pretty neat!” she told us, and she wasn’t lying. When we got inside, we noticed that the roof was lined with dollar bills. Hundreds. 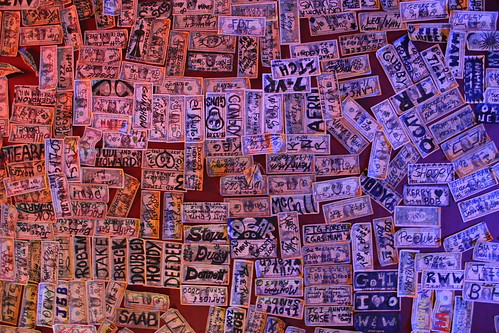 They had the most hilarious signs such as:

“Lord give me the serenity to accept the things I cannot change.
The courage to change the things I can.
And the wisdom to hide the bodies of the people I had to kill because they pissed me off.” 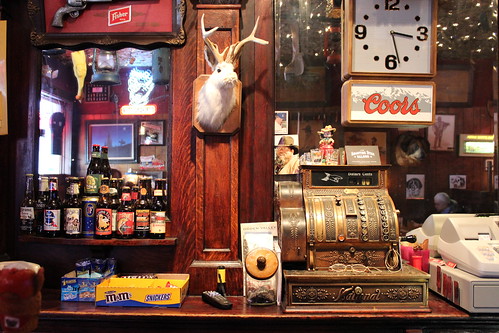 The bartender working there was a sweetheart. She heard about our road trip and thought it was awesome. 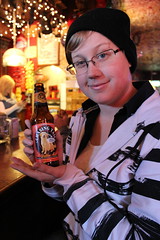 They had some generic beers on tap, but I wanted to know if they had anything interesting in the bottle. I’m glad I asked, because she recommended to me a local Utah beer made in Salt Lake City called, wait for it… Chasing Tail. *chortle*

…oh forget it. Excuse my humor.

Not only did the bartender think our road trip was awesome, but she then went on to make us think she was awesome by asking us if we’d like to take a picture of ourselves behind the bar.

Oh heck YES we did. 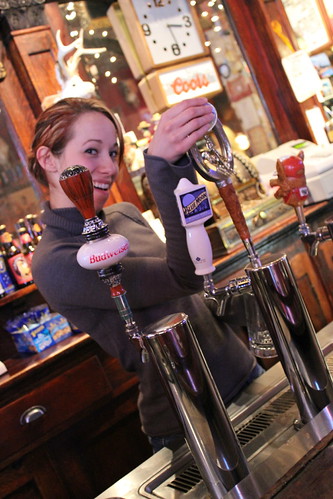 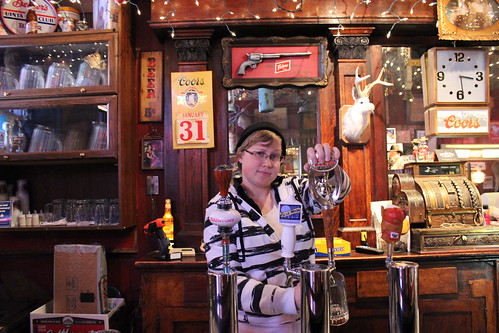 Yeah, fine, sometimes I like to pretend I can model too.

So I figure now is a good time to end this post, since you’re all super jealous now.

P.S. They had awesome burgers.

P.P.S. You can see all the pictures we uploaded on Flickr by clicking here!

P.P.P.S. Also you can express your jellies in the comments. We will try to be gracious about it. ;)