We didn’t spend much time in Wyoming, but we managed to squeeze in prison.

It was one of those spur-of-the-moment things. I’d heard about it once or twice along the road and knew we’d need to do it.

Around 3:30PM, just an hour or so away from the sun going down, we had to decide. We drove around for a while looking, searching, hunting. And there, along the streets of Wyoming, it was done and we arrived at gates of the Wyoming State Penitentiary. 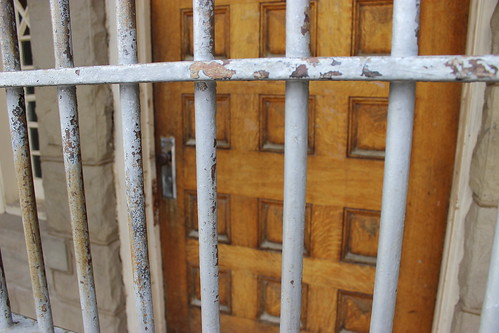 Relax, relax, we just looked at the museum. They had some pretty freaky stuff though, if you ask me.

For example, this lady poisoned poisoned her own father with a pie. And to top it all off she was only 19 years old when it all happened. 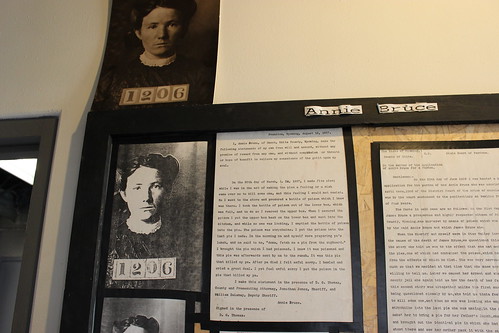 This recreation was just plain disturbing… 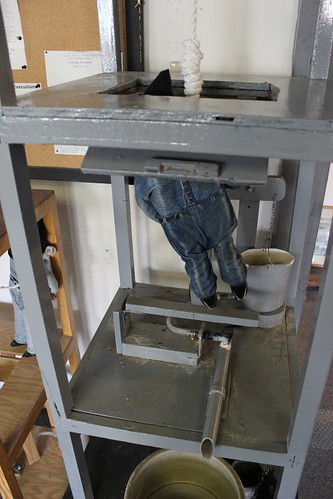 The museum exhibited home-made shanks, parts of the original rope convicts were hung with and inmate art, among other things. We even found an old inmate… 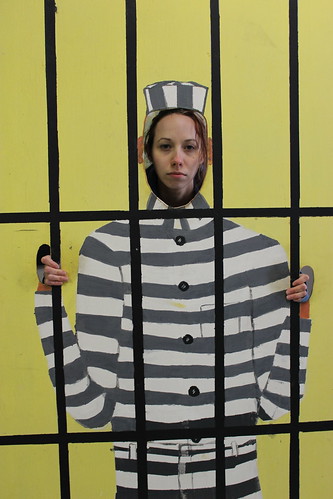 Speaking of prison, while being out on the open road has its perks and can certainly be a freeing experience, it also feels a little like captivity.

You know those padded rooms they have at insane asylums or solitary confinement in prison? It feels like that sometimes – only if those weren’t solitary but rather…binary. Or something.

Driving in the car with a seat belt strapped around you and all of your essential belongings tightly packed in every nook and cranny is limiting. I mean, REALLY LIMITING.

Wyoming is the first state where Anne and I had to sleep in the car. It was constricting to say the least. If you were to ask Anne, she’d probably have given you the adjective “cold.”

It’s Good to be Paranoid

For any car sleeper, it’s best to start by throwing in a little paranoia. Not too much, but just enough so that you’re cautious of anyone following you to your car and your stun gun in armed and ready by your pillow as you sleep.

For us, it also meant parking outside of a 24-hour Walmart and lining the inside of the car with sun shades, a black sheet, three pillows, boots, and clothing. Unfortunately, this also meant that moving needed to be done very carefully or else our entire fort would start to collapse.

I think the main problem with sleeping in a car is the lack of any nearby bladder release centers. Ours was located in Walmart about 5 minutes away. Five minutes, though, is far enough to be considered miserable when leaving a warm sleeping bag is at stake.

This time we were not only held captive by the gods of the road trip who sqeezed us into such a tiny car, but also by the weather. Winter is upon us my friends and there’s no escaping it.

3 Responses to Life in Captivity