Life is crazy. Here I am, sitting at a Starbucks in Kansas, miles away from home on the biggest adventure of my life.

And then the delivery guy shows up and starts stacking up all these boxes around me for the store…and I suddenly start missing Subway.

I’m missing Subway now? For months I stood at work cleaning dishes and making sandwiches – wishing I could be doing something else, even if it were only slightly more meaningful. And now that I’ve left my job I sit here daydreaming about the fast food industry?

Change is different for everyone. For me, I guess it means not giving in to the slight panic attack in my head telling me that I can’t possibly survive on this road trip, that I’m not cut out to be a writer, and that my old job was just like, the best thing ever.

No, I won’t give in. Although I must say, it’s a little harder to go back on something that’s taken me about 1,400 miles away from home.

It Snowed and it Snowed

The biggest change we’ve experienced by going on this trip has been the weather. Yes, there have been some very different people, places and things, but OH MAN, the weather.

In February of 1912, Denver’s snowfall record reached 14.1 inches. 100 years later, while Anne & I were in Denver for probably the longest time in our lives, it snowed 15.9 inches, breaking the record.

Denver must be messing with us. 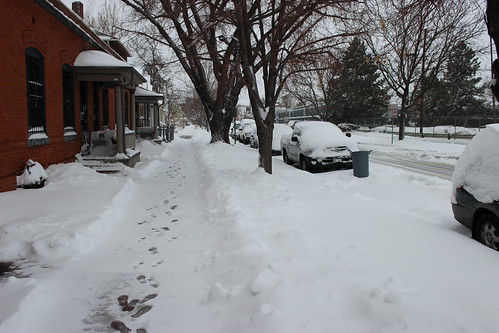 Sightseeing, of course, was put on hold for a few days while our car took some time off to hibernate. 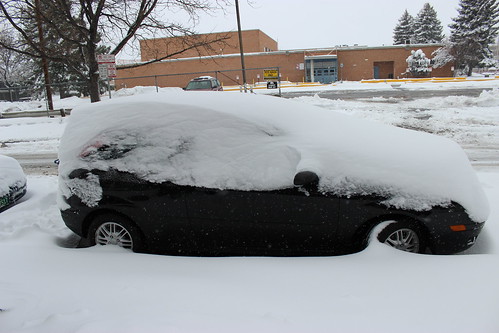 Denver, Dining and a Dog

We did get to meet some pretty cool people in Denver named Amy Beth and Adam though. Thankfully for us, they didn’t kick us out into the snow and let us eat their food after our outing to the donut shop turned out to be colder than we had hoped. 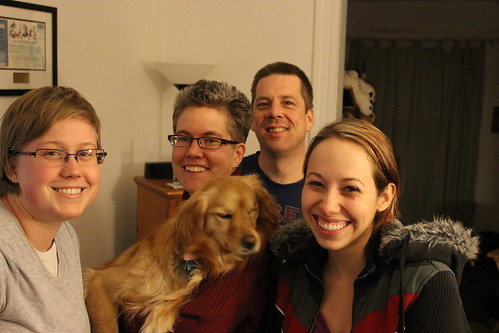 On our first night in Denver, they took us out to dinner at this great British restaurant/brewery called Pints Pub that had “the world’s largest single malt selection outside of Britain.” Ooo…unfortunately we’re not so enthusiastic about the single malts but it was fun to see!

The next few days were spent mainly sleeping, playing with their dog Sophia, and watching How I Met Your Mother. Maybe I should be re-titling this, “Relaxation in Denver”.

Our last night in Denver our new friends took us out AGAIN to this restaurant called White Fence Farm where the nicest waiter you will ever meet helped us out.

And just like any good kid who comes to White Fence Farm, we got to make a stop at the treasure box!

And this was only the start of our adventures in Colorado…