An Accidental Home Away From Home

To be perfectly honest, I really wasn’t looking forward to Oklahoma.

“I guess we can swing through there first, if it makes more sense,” I remember saying to Rachel only a week and a half ago.

In my defense, unless you’re intimately familiar with the state, the stigma (to me) seems to be a whole lot of not much. Sure, we were visiting my Great Aunt, but I had no idea what that would hold in store for me.

On a side note, I later learned that I was actually following a path similar to my ancestors about one hundred years ago when they moved from Kansas to Oklahoma. But more on that in a later post.

We showed up a little later in the day than we’d planned last Friday night. After missing a few of our turns but finally getting on the right track, we felt somewhat unsure that we’d arrived to the correct place.

Turns out we actually were knocking at a door on the wrong side of the house, but Dorothy came around and lit up as soon as she saw us.

“You girls made it!” she beamed at us. “You’ll have to park around at the second driveway.”

So we did, and therefore began our great Oklahoma adventure.

Yet somehow, even though there weren’t any car chases or fast paced tales of treasure and gold, it was pretty awesome.

Dominoes: Game of the Week 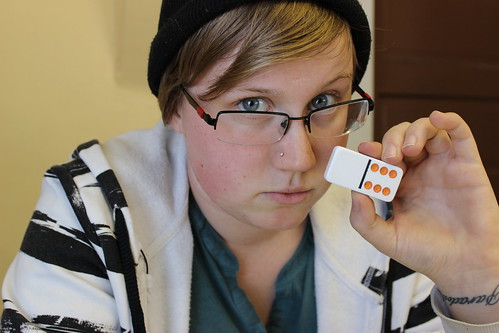 Dorothy and her man Dilbert love dominoes. We were immediately inducted into the nightly ritual of dominoes before bed at some point between 5:30-6pm, the games going on for at least an hour. (We quickly found we loved this time of the day.)

Until this last week, I don’t think I’d played dominoes for a very long time. So long in fact, that I didn’t even remember what the rules were. After a few blind games, I started catching on.

Thankfully we were playing partners, so with Dilbert the Domino Master sitting across from me, we did alright! :) 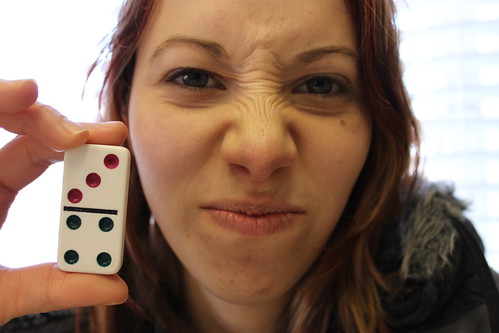 Oklahoma: Home of Way More Than We Thought

It turns out there’s more to Oklahoma than cows and the occasionally visible farm – even in a smaller town like Alva.

We visited the Cherokee Strip Museum, which is a quaint little place full of interesting artifacts from… well, you know, Oklahoma. The building itself used to be a hospital, and was built by Dorothy’s brothers. 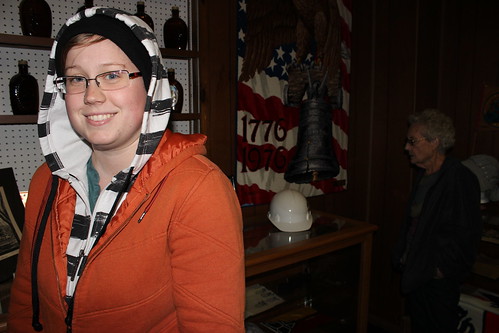 Rachel and I got to experience Alva, Oklahoma for all its history and stories. If we hadn’t been staying with the woman whose family literally built most of Alva from the ground up, our stay probably wouldn’t have been half as interesting.

The first day, she gave us a short tour in her car of the primary buildings her family was involved in building, and houses that she herself had blueprinted, laid floors in, painted and roofed. 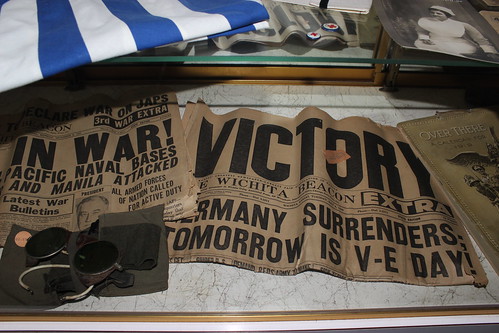 Later on in the week, while at the museum, Dorothy was able to tell us about a lot of the specific people she knew – or even went to school with – featured in the displays. She knew many of the men who fought in WWII from Oklahoma, and even knew about the concentration camps that German POWs were kept in only a little south of town. A lot of the artifacts were even donated by her friends, or her friends’ parents.

While we were in Kansas with our super awesome CouchSurfing host Kat, I gained a renewed interest and respect for DIY projects. Being able to work with your hands and solve the problems of life’s daily challenges is a great skill.

Getting to Oklahoma and meeting Dorothy was like meeting Kat in many years, if Kat had grown up on a farm. 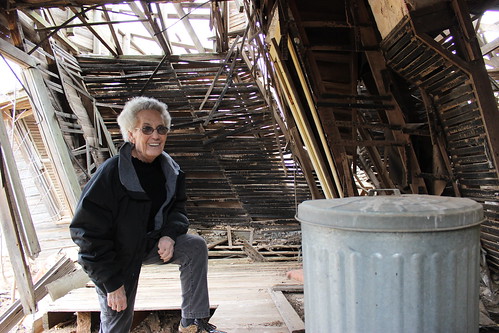 Dorothy loved to quip about never wearing dresses because they were too impractical. She reminisced on how she could ride and rope as well as anybody. She told us how she could blueprint a house from scratch, put in rafters, and way more.

She taught us that you can buy a handful of potatoes, cut the eyes out and get a whole crop back. She showed us how to prepare and quilt patterns into a three layered quilt. She showed us how to cook a cobbler that took less than 5 minutes of prep time (and have it turn out delicious). She taught us how to make our own sweet dill pickles – we don’t even like pickles, but her homemade pickles were not half bad. 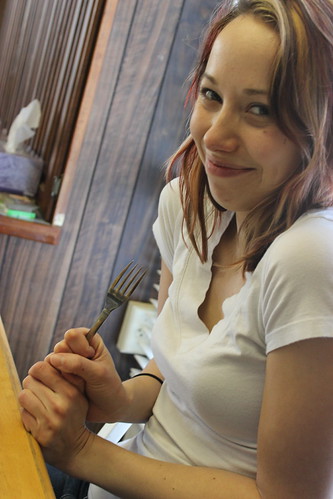 The quilt she helped us create is coming with us for the rest of the trip – we made it on Valentines Day and is so appropriately red and white with a beautiful heart pattern.

Since this post is already getting somewhat wordy, I’m going to wrap it up as is for now.

However, I’ve got a least one whole other post’s worth of content to talk about how I learned about my family’s history (up through my great, great, great grandparents) and their roots in Oklahoma since the end of the 1800’s.

P.S. I’ve been alerted that “over and out” is actually a contradictory phrase to use, but I’m going to keep using it anyways ;)

5 Responses to An Accidental Home Away From Home