The trip wasn’t going to make a lot of sense. I smoothed my silky hair with my hand as I leaned against the railing near the stairs.

“You mean to tell me we’re going to pass Austin on our way to San Antonio, and then go back to Austin?” I asked with an air of disdain, and my smokey voice filled the room – much like the aroma that brings customers in the bakery shop from a half mile away.

“Yes,” Rachel replied. “This is how it should be.” This broad was always pushing for her way, even when it didn’t make sense.

I know you all know me better than that. The whole “going to San Antonio first” thing was my idea… mostly just because it made sense with timing, not with driving. Rachel is pretty easy going.

(Side note: Planning things with Rachel has actually been really awesome – choosing where to go next hasn’t ever been an issue so far.) 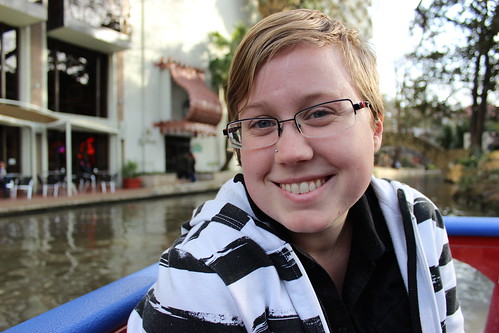 Who could argue with this face, anyways?

…yeah, not what you’re thinking.

We drove down through really angry, angry rain on the way down to San Antonio. This rain was out for vengeance. It had heard about me and its mom, I think and it really wasn’t happy.

Uh… My humor is just all over the place today, so I hope you can pardon my ridiculousness.

Let’s rewind back to when I was a baby. I was born in Maryland while my dad was in the Navy. Since I was an infant then, I don’t remember any of it, but my parents were adults and had a circle of friends.

One of the couples from that circle now lives in San Antonio, and I got to meet them and sleep in their house for the weekend. Hm, that sounds way creepier than I thought it would, sorry.

The suck is that we forgot to get a good picture of us with them… but we have pictures of their backs! 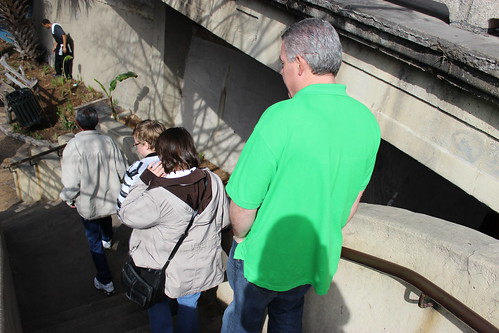 Justin Timberlake would have something to say about this, I think.

So… that said, thank you to Theresa and Jeff for welcoming us into their home and pointing us to all the fun things to do in San Antonio, as well as taking us out for a great Tex Mex dinner :)

First night, we get into our new place of lodging. Theresa and Jeff welcomed us inside, fed us, and then… introduced us to some Presidents.

I hate to let you down, but it was Presidents the card game. We certainly weren’t let down… it was a hilariously frustrating but very fun game! Mom – I’m sure you’d love to watch me play.

One of the biggest reasons we wanted to visit San Antonio was to make a trip out to the Alamo. Thankfully, most people warned us that the sheer size and such was very underwhelming, so we didn’t have really high expectations when we got there.

Which allowed us to appreciate it more, I think. It is still beautiful, and a very somber place full of insane history. 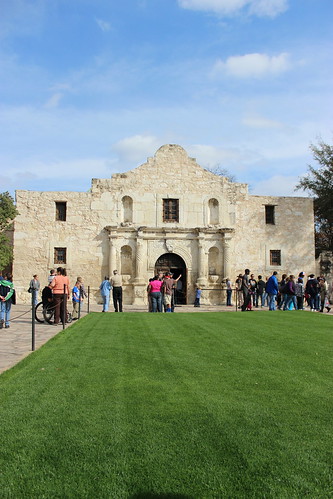 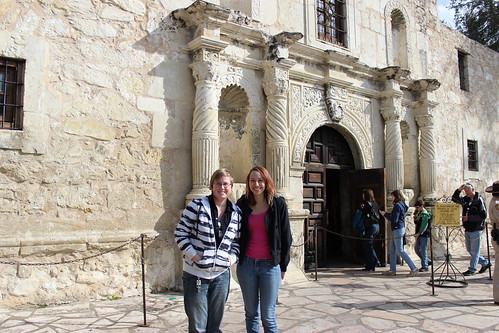 I definitely recommend a trip if and when you ever get to Texas. It isn’t the sort of place you’d visit over and over again, but it will give you a close-up look of what our country has gone through to become what it is today.

There’s this incredible area of San Antonio called the River Walk. It is a combination of natural and manmade river to control the flooding in the city. 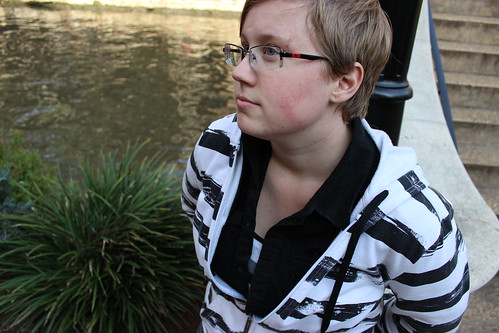 Also: Fun to pose next to.

We not only walked around to take in the sights, but we took a river tour which was insane fun if only because we got to be on a boat. Boats are awesome.

No, seriously. Boats are awesome. 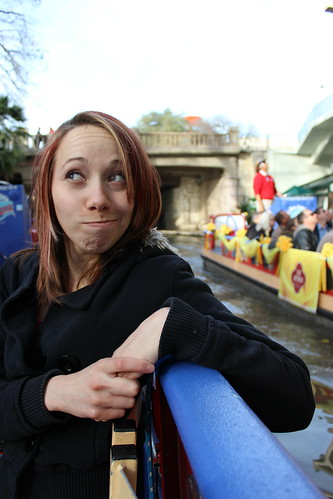 Here’s some pictures from the tour, if you’re so inclined: 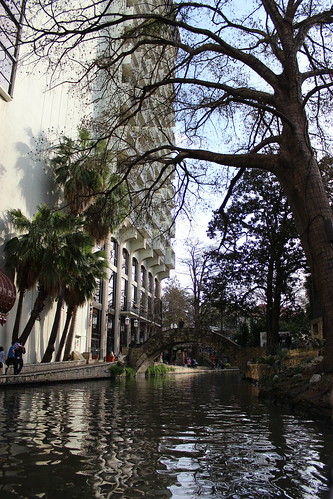 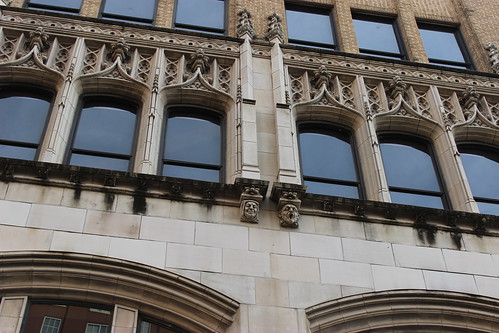 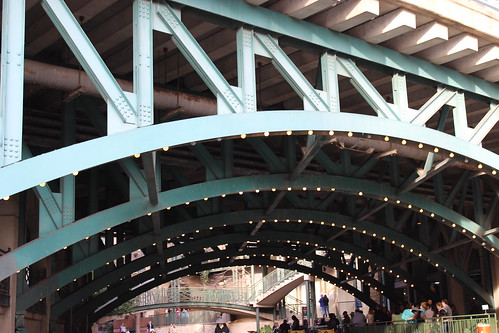 …and I realize that it’s probably not that interesting if you weren’t there, so we’ll leave the pictures at that.

Atypical Tourism: Hanging with the Aussies

Yeah, well, we met them in San Antonio for dinner at Dick’s Last Resort. I’m pretty consistent with my stories. 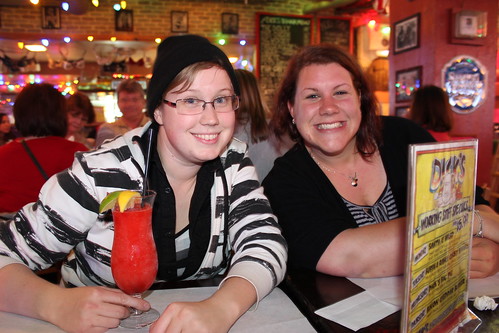 Taryn and I both trying way too hard to smile. 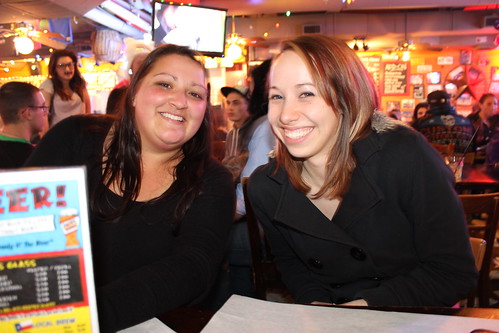 For those of you who don’t know, DLR is an institution that prides itself on rude waiters and strange experiences, all in the name of fun.

Let’s take a quick review of the night: 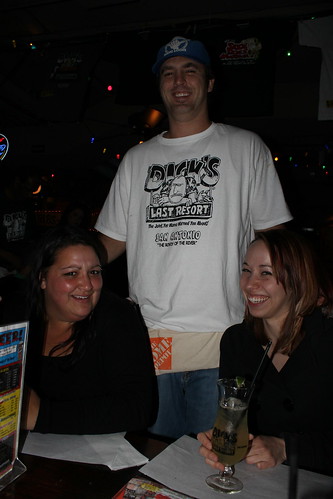 Hope also accidentally talked about how cute this guy was while he was in earshot. 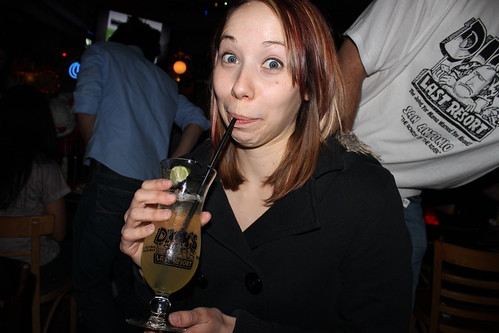 We won't discuss whether Rachel was trippin' on something.

I bet Hope is probably just hoping that the waiter never reads our blog.

Excuse my blatant internet meme references. If you’d like to learn more, just email me at whatisinternets@annedorko.com 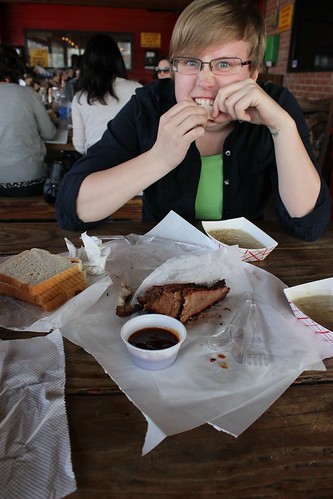 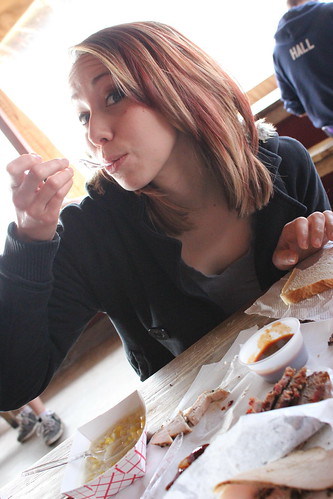 Rachel is a little less barbaric, so hers is more of a polite "Om nom nom" 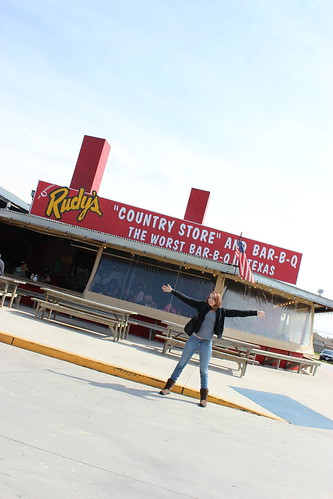 The world can be yours, if you want it to be.

…and that’s what you missed, at Rudy’s.

Another thanks to Theresa and Jeff, who gave us a coupon for a free 2 person meal there.

There’s a snake in my boot!

Also, in San Antonio, are rodeos.

We went to the SA Livestock & Rodeo. For those of you back in San Diego, that’s like the Del Mar Fair plus the Poway Rodeo with about 3 or 4 times the number of people – except with way better traffic control.

One of my personal favorites was the Swifty Swine Sprints. 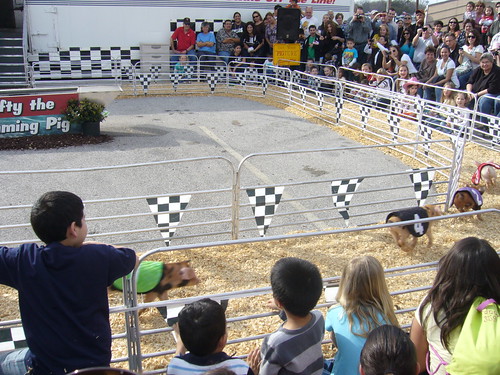 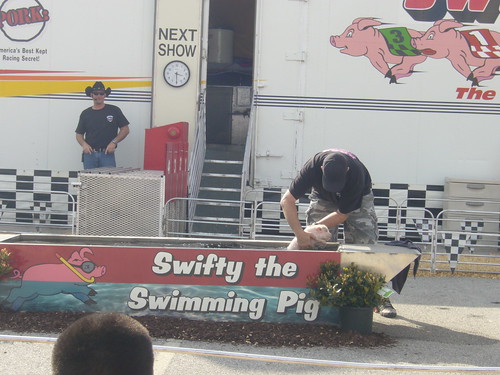 That is a swimming pig that will probably go into the Guinness Book of World Records one day.

The Wine Garden was fun, and some lady kept not liking her samples and gave them all to me.

So that was fun. 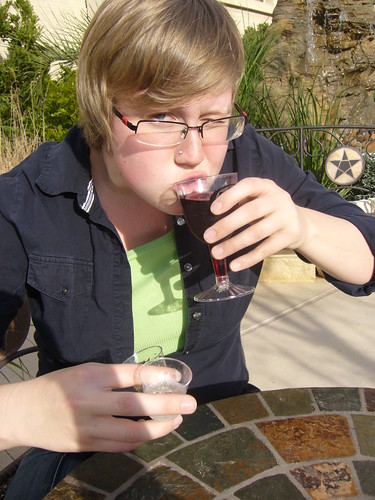 I wasn't posing at all for this. 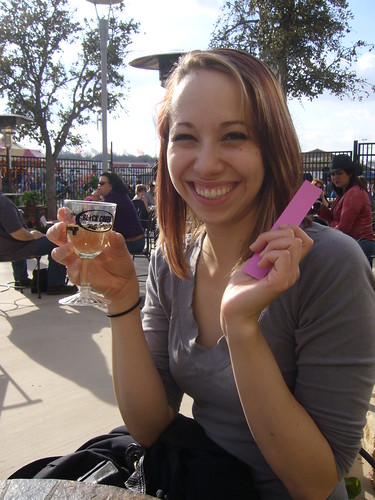 Rachel wasn't posing either. She just kept walking around this way.

There was also the actual rodeo later that night (which we almost missed because we were sucked into watching one of those pots & pans cooking demonstrations in hopes of getting free food) which was quite awesome.

Unfortunately we were pretty far back so our pictures aren’t like, super awesome or anything. (But you can always check out the Flickr page for all the photos.)

Yep. That was San Antonio.