“You’ll miss out on SXSW by leaving Austin now!” said just about everyone when they heard we were leaving so soon.

“You just missed Mardi Gras!” said just about everyone when they heard we were going to New Orleans next. 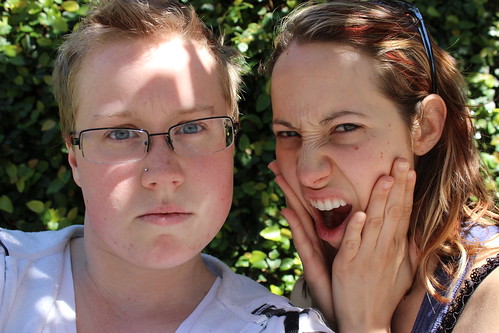 I’d like to address these misconceptions. Admittedly, we have done little to no planning around events and it was an accident to be narrowly avoiding them by a matter of days. That said, we’re actually quite pleased with how timing has worked out.

We’re also asked whether we’re trying to do all of the touristy things, or if there’s some neat goal we’re accomplishing in every state. The answers are always no, no, no and no again.

There are many things we’re going to miss out on during this trip – but we’re not here to experience everything, everywhere. This trip would last a lifetime and cost a fortune if that were our goal. We’re here to see America outside of our own neighborhood.

We’d started messaging people just after Mardi Gras was finished for New Orleans. (We didn’t think anyone would be checking CouchSurfing during Mardi Gras, that’s for sure!)

Better keep messaging people, we thought. So we did.

It was February 29th, our last full day in Houston. We eagerly checked CouchSurfing when we woke up in the morning – still nothing.

We spent most of that morning fidgeting and debating what we would do if we couldn’t find anyone. I just kept hoping something would work itself out.

Finally, at about 1:30pm, our luck changed! One of our potential hosts messaged us back saying she could keep us for all 4 days of our stay. Her name was Hope, which just feels appropriate.

(As it would turn out, an awesome dude named Dennis from back in San Diego messaged me only an hour later letting me know he has a sister-in-law in NOLA as well, so we would have been okay either way.)

Getting to NOLA: Bring me the ink.

I don’t remember if I mentioned in my Austin post that I got a bug. A bug for the next tattoo I wanted.

(If tattoos make you feel uncomfortable or if you don’t agree with tattoos you can just skip to the next section of this post.)

Anyways – I spent a lot of time drawing and designing it before we left Austin. I had researched a few artists in NOLA and finally picked a guy that I felt could do the job right. Michael Cangelosi got back to me and we worked out what I wanted and set up an appointment.

Well, as you’ll see in a moment – it’s a pretty self explanatory tattoo. It’s inspired by how impacted I’ve been by this trip and how much I’ve learned just in the short time we’ve been gone.

Note: The shading gets lighter as it heals. It is not this dark now.

Top: Regular compass wrapped by my own adaption of the Vegvísir – an old Nordic marking which was to help the wearer find their way through bad times. Specifically: “If this sign is carried, one will never lose one’s way in storms or bad weather, even when the way is not known.”

Originally, the symbol was supposed to actually have magical powers, but even though I don’t care much for magic I found that the meaning and symbolism fit the idea of my tattoo. Also, it looks pretty awesome.

Middle: At the bottom of the compass is where it turns into the key blade. I originally included a pair of feet on either side of the south pointing arrow, but left it empty. The shape of that area is still representative of two feet standing at the compass, picking the next destination.

Right under the implied feet is a symbol called Dagaz. You can do a lot of your own research on the rune, but here’s what I know: it has Scandinavian roots, originally was used to represent Day, and is known as the rune of hyper consciousness, the process of concept becoming realized.

Several of the phrases about the Dagaz rune that struck me most about it are:

Bottom: And the entire tattoo comes together in the shape of a key.

Essentially, the tattoo is to represent the idea that (safe) travel opens doors into new opportunities, understanding and positive change.

Bringing Hope into our lives

So… day one in New Orleans went a little like this:

Pull into NOLA. Get lost. Start craving a milkshake before getting the tattoo. Find a sweet hole-in-the-wall place for a milkshake. Drink excellent chocolate sweetness. Finally find a place to park near the the tattoo shop.

We got into the tattoo shop, met up with Michael (the artist), discussed how it would be done, and figured out the right size for my new piece. Then we waited while he prepped and got my stencil ready.

About one painful hour later, my tattoo was done. 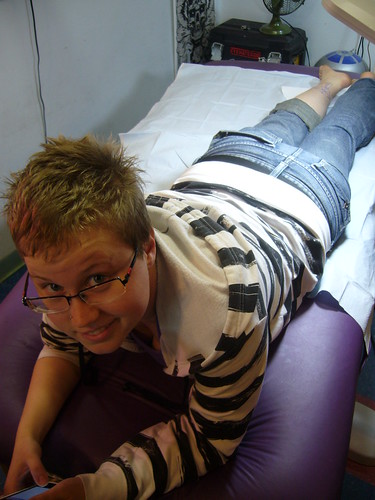 This will be fun, right? 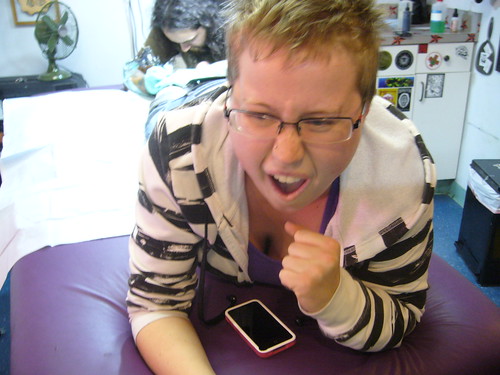 HOW COULD I FORGET IT HURT THIS MUCH 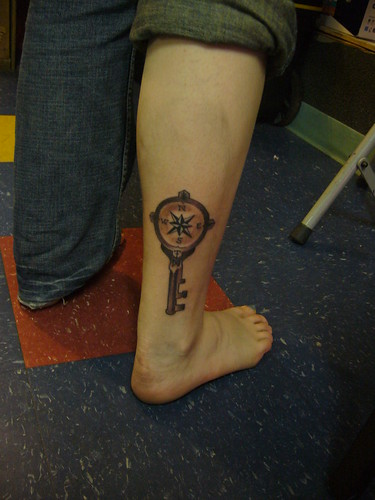 It was time to pay – so we needed an ATM, which was to be found at a nearby snack shop.

As we left the store, an older man started calling out to us. Then he addressed Rachel. “Are you lookin’ for a pimp?”

Fast forward about 30 minutes and we’re connecting with Hope, figuring out her address in uptown.

We met Hope for about 15 minutes while she flew through her house and then out the door.

“Usually this all happens over the course of a few hours, but I’ve got crazy stuff going on right now!” she said, handing us the key to her place. To be fair, we already had known she’d be busy because she was planning and packing for a trip of her own.

The evening was pretty relaxing and we got to know Hope a little bit better a few hours later when she returned for dinner and had several friends over.

We settled in that night with a walk to the Winn Dixie only a block away to get soap and lotion for my new ink, and peanut butter to trick Hope’s dog into taking its meds.

The end of the beginning.

I’m sorry to disappoint you with such a long post about how we ended up in New Orleans with a place to stay, but the rest of the weekend turned into the most easy-going whirlwind of adventure I’ve ever had and simply won’t fit here when there’s already so many words.

So – until we get another post out about NOLA… here’s a picture of me with a real alligator head later on that weekend. 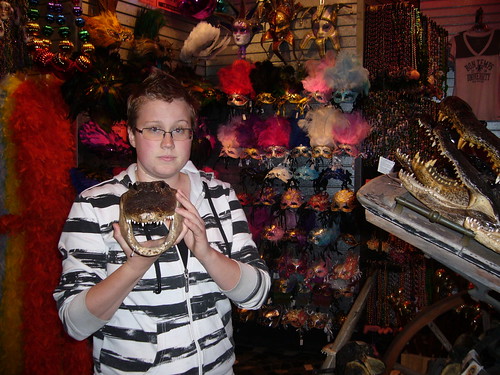 2 Responses to New Orleans: A Different Kind of Party