The Wonderful World of Spending Money & Waiting in Lines

Ah, Disney World. That magical kingdom. That special place where dreams come true. That wonderful world of…well lets be honest here: spending money and waiting in lines. Fortunately, we planned ahead a bit with the snacks so we didn’t spend much in the parks and mainly subsisted on mini-apples, granola and canned fruit. (Our utter joy sustained us.) 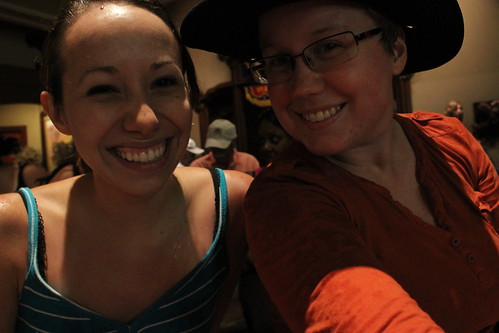 But who am I kidding? We still freaking loved it.

In total, we were in the Disney World area for nine days: six days touring the park, two days resting our weary legs, and one day driving there and playing mini golf at Winter Summerland.

Thanks to Expedia we got a sweet deal for five nights at a local resort for $40 a night, complete with shuttle. Well, complete with really lame, limited-arrival-time shuttle.

And then there were four rather unpleasant nights in our car…

Those nights became progressively better when we figured out we could cram all of our belongings into the front seats (a thirty minute process) and also when we determined that lying with our feet stretched out toward the front of the car is better for circulation. But still, our lodging was a Ford Focus hatchback.

In case you weren’t aware and aren’t totally obsessed with all-things-Disney, Disney World has a total of four main parks – there’s Epcot, Magic Kindgom, Animal Kingdom and Hollywood Studios. With a six-day, single-park-a-day pass this left us with some decision making. We ultimately decided to spend our extra two days in Epcot and Magic Kingdom, mainly because Magic Kingdom is so Disney-ish and Epcot is utterly unique. (You should ask Anne about the sushi at the Epcot Japanese restaurant we went to some time. Well, maybe not if you’re hungry.)

We have masses of awesome Disney World pictures, so it’s gonna be hard to decide which ones make the cut. If you feel so inclined you can view each and every one here (the set starts with that picture of Anne wearing the awesome black adventurer hat she bought at the Red Barn in Bradenton…or my hot pink shirt).

Hollywood Studios was our first Disney park stop of our Orlando adventure. We loved our second-to-front-row seats at the Indiana Jones show and the Lights, Motors, Action! Extreme Stunt Show. 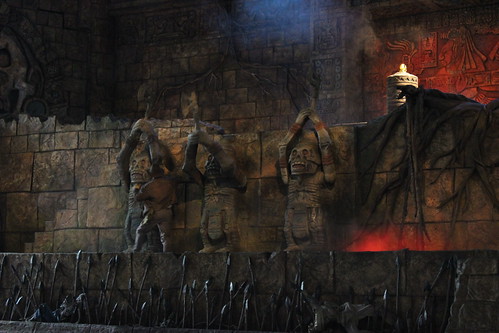 Can YOU see Indiana dodging those axe-wielding statues?

We missed out on the Rock ‘n’ Roller Coaster and Tower of Terror as so many have pointed out to us. OUCH.

Wait, let me rephrase that.

We (unfortunately) missed out on the Rock ‘n’ Roller Coaster as many people have pointed out to us and successfully avoided boarding the Tower of Terror. (We hate falling rides!)

The Beauty and the Beast show was amusing although there were quite a few moments of unintended hilarity. 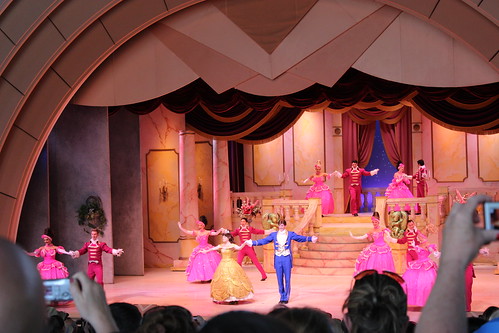 But look at all those Barbie-esque dresses! 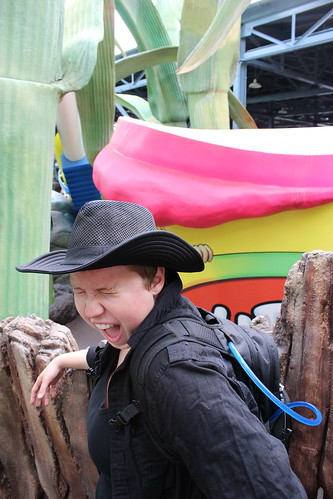 It's places like this that make me miss my childhood.

Our first day in the Magic Kingdom was primarily spent adjusting to the sheer massiveness of the park…and comparing rides to Disneyland (which I might possibly prefer – except for the huge castle). 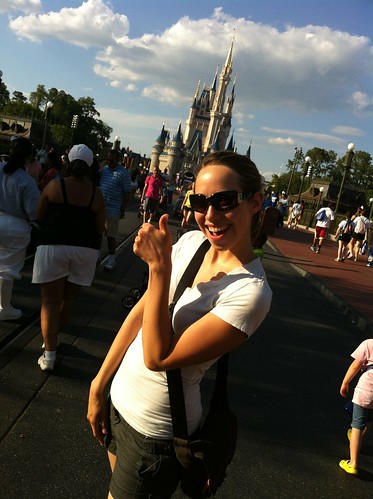 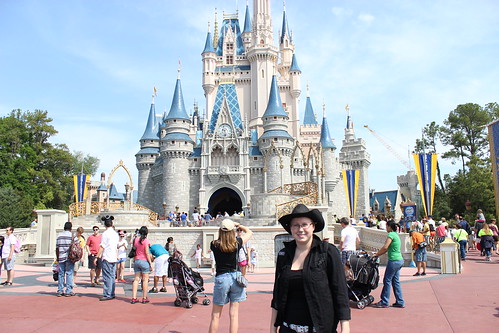 By the time our second day at the Magic Kingdom rolled around we had mastered Fast Passes and the layout of the park. Plus, TWICE we were handed Fast Pass tickets to awesome rides. Thank you kind strangers of Disney World!

We ended up loving the Monsters Inc. Laugh Floor and thought the Jungle Cruise was pretty cool. My favorite part of the park was Tom Sawyer Island. 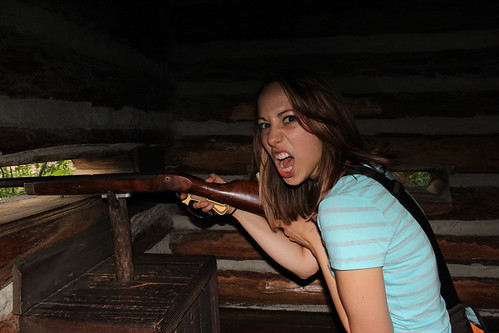 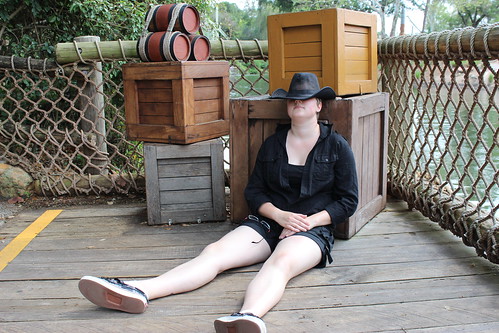 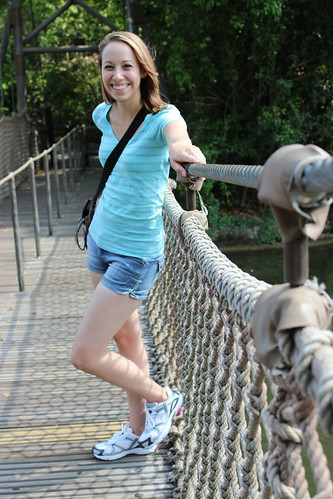 Probably the most unique thing about the Magic Kingdom was that we rode three different forms of transportation to get from the parking lot to the park, or vice versa. They offer occasional buses, monorail rides, and of course, they went Disney-style with ferry boat rides. 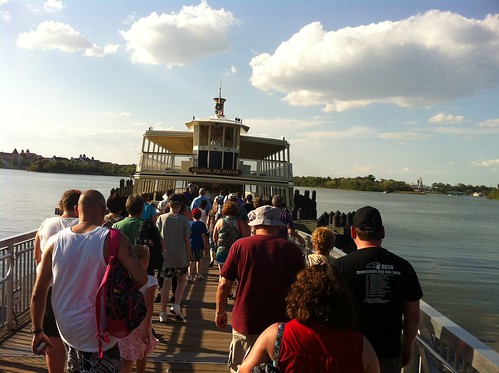 Our first night in Orlando we met up with our friend Ben and his friends for mini-golf at Winter Summerland – a mini-golf course featuring two opposite weather Christmas-themed sections.

We don’t have pictures of that…

But here are pictures of everyone eating at Steak ‘n Shake! 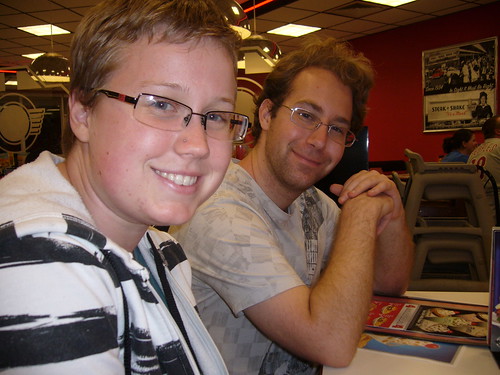 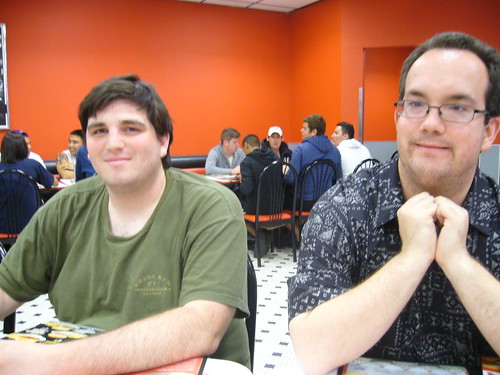 We also met up with them again later at Epcot.

We don’t have pictures of that either…

But here we are again at the Animal Kingdom with Ben! 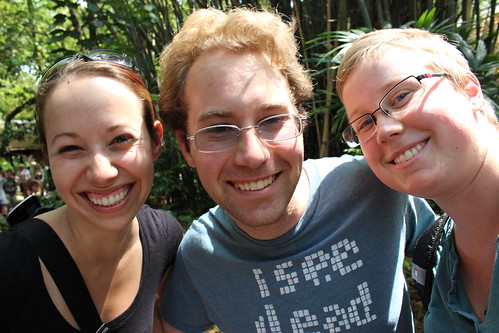 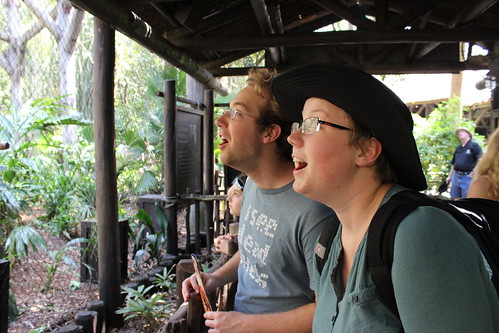 Keeping Up! with the Animal Kingdom

Speaking of friends, we met my favorite person during our day at the Animal Kingdom… 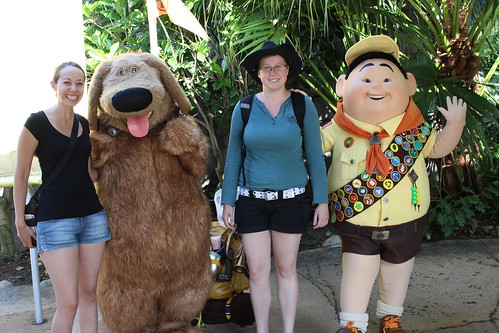 Here are some other things we did at the Animal Kingdom that were not quite as awesome as meeting Russell:

We watched the Festival of the Lion King (okay, it was pretty good.)

We checked out some alligators. 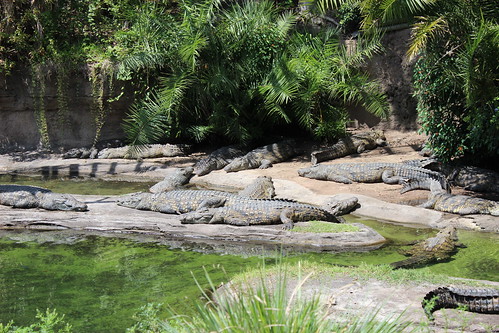 We went on a safari. 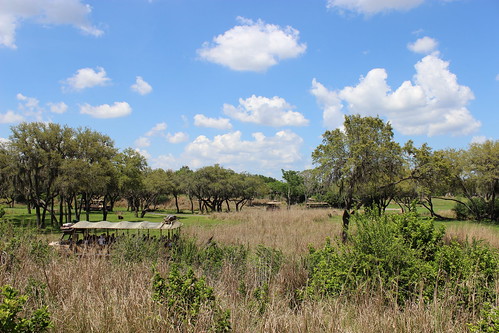 We rode Expedition Everest (oh fine, this may have been better).

We found the tree of life. 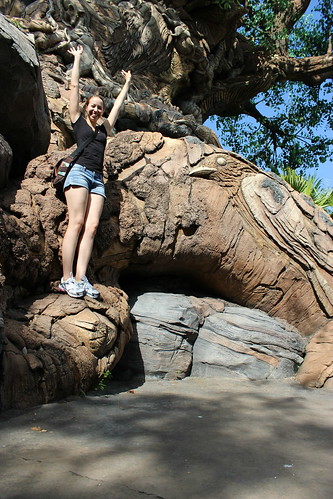 We rode unicorns over the Disney castle and then stopped for this quick lunch with Aladdin and…okay, just checking to make sure you were paying attention. ;)

I ended up being a little surprised by the layout of Epcot and after all it had been built up to be really expected more rides and shows. But it probably didn’t help that it rained our first day there. 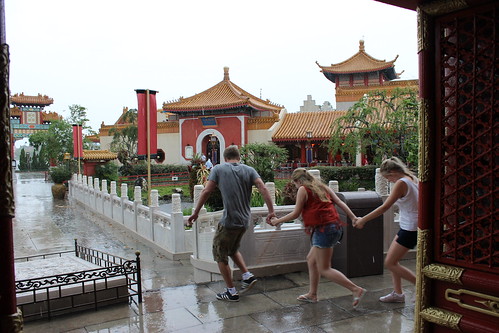 We really enjoyed exploring Norway, being foodies in Japan and the random shows we ended up finding. And Text Trax is the best ride! 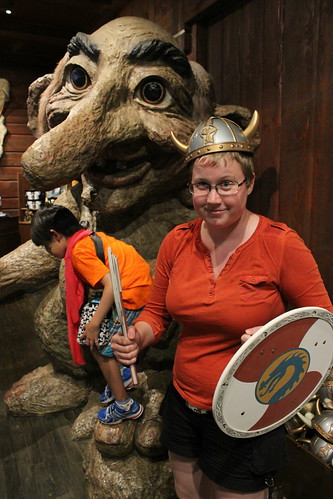 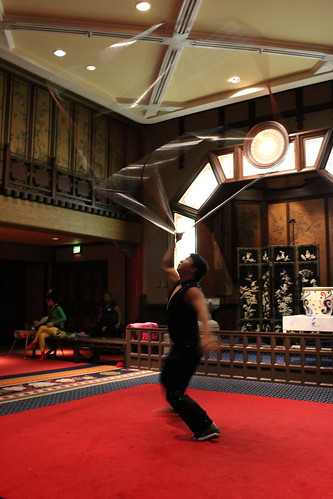 The flower and garden festival also made things a little more interesting with all of the Disney-shaped plants around. 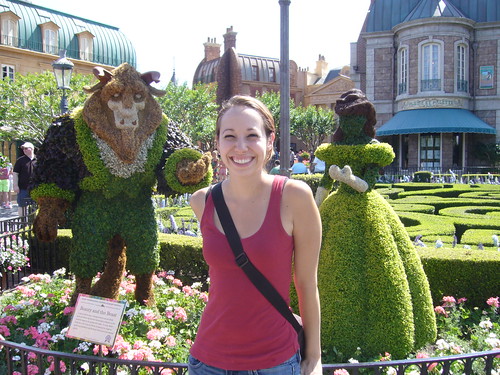 Belle? Is that you? 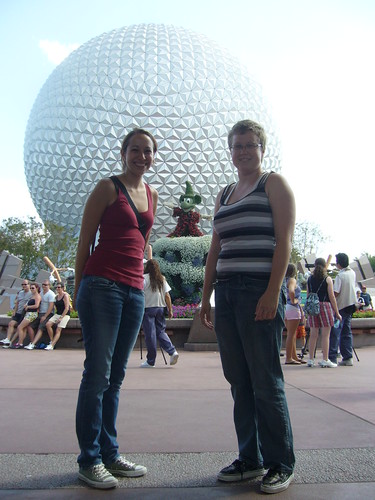 But where in the world are these San Diegans now?? 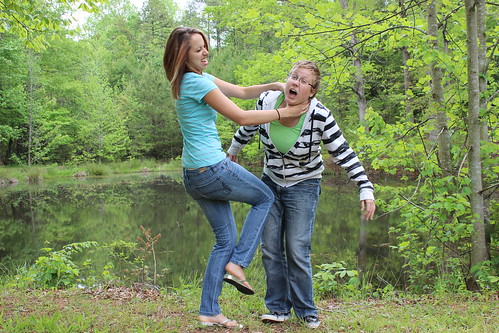