A lady named Savannah and a man named Charles(ton)

We’re working out a system to keep this blog in check, as we’re clearly way too far behind. From here on out (until we’re caught up) — Rachel will be writing posts about where we are currently, and I’ll be writing posts from way-back-when to catch you up on our past experiences.

Occasionally I sit back and realize that we are totally doing this whole trip wrong. For instance, we spend our time in random stores that may or may not be local to the area, and play with big spoons. 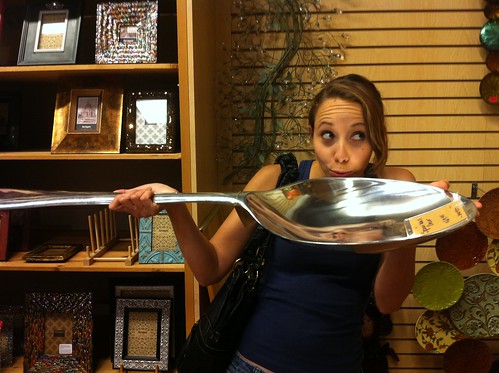 Is that how to spend an epic road trip?

Actually, yes. I kind of like doing it wrong.

Lady Savannah was kind to us, but she wasn’t really a big partier. We stayed with a lovely host named Erin on recommendation of our Dallas host Kat. Erin was mostly busy while we were there, but we did enjoy the company of her massive American Bull Dog, Petunia.

The first night, we went to a small bar called Jerry’s Bar. It was basically a great watering hole for the locals. Oh, and it also had karaoke. We made the mistake of letting Erin know that we’d just had our first karaoke experience in Key West, and she made us stand and sing “Last Friday Night” by Katy Perry.

That was not a good song for us as it requires: 1) high vocal range, 2) stage presence.

Erin was great though and came up to make us feel less awkward.

Savannah was cute, but we saw most of what we were interested in the first night we arrived. That’s when we decided to check out Tybee Beach, which is on an island right off Savannah!

We showed up with no real plans, which turned out to be a horrible idea. We drove up and down the coastline for 15 minutes before realizing there wasn’t any free parking. Nada. Zip. Zilch.

Into the car we dug, and found enough quarters to pay for a grand 42 minutes of beach time — but those 42 minutes were totally worth it!

The pier seemed like a great place if you want to have a picnic, so our only regret was not having food to eat while we were there. 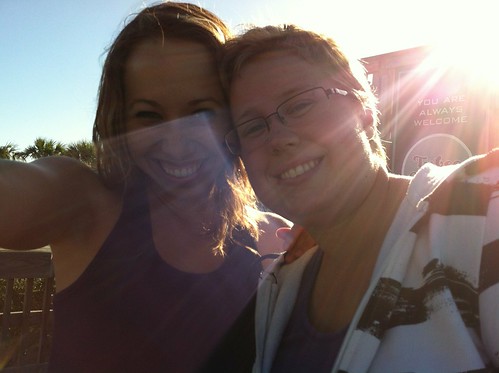 You are always welcome.

In Charleston we failed as blogging travelers and totally forgot to take pictures. So we snapped a picture of the road on our way out. 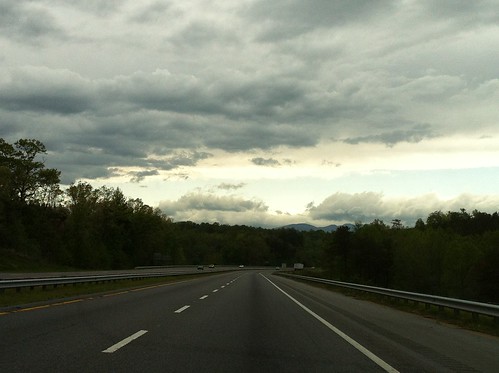 Some of our first Mexican food on this trip since Texas was in Charleston. I won’t say much other than… stick to Southern Cali and Texas for your Mexican food. The food itself was fine, but it wasn’t real Mexican.

However, where you should go is to the Tattooed Moose, or the Lost Dog Cafe. Both of those had a fun atmosphere and good things going on.

I’m also a bit ashamed to say that we also saw Titanic in 3D while in Charleston. To be fair, it was going to be our first opportunity to go to a dine-in movie theater, and that part totally rocked!

All in all, our time in both of these cities was pretty relaxed and uneventful, hence the tame nature of this post. Coming up soon you’ll learn about our late night Krispy Kreme shenanigans…