Hello fair readers and subscribers: Here’s to the here and now!

Anne and I recently left the great state of Michigan where we stayed with my cousins of a sort, Pat and Gail in Niles and Anne’s Nerd Fitness buddy Mir(anda) and her husband, Chris, in Fowlerville.

The “getting to Michigan” part was a bit of a disappointment.

We had just visited Niagara Falls in Buffalo and instead of heading through Canada for what GoogleMaps told us was a little over five hour drive, we had to go around due to a lack of passport-age. Seven – eight hours was a disappointing jump.

We battled a rain storm on our way in and witnessed our first group of cars parked under a bridge for refuge – yet we forged ahead! (This was also the first time I realized how anything but sun must suck for motorcyclists.)

Fowlerville (Michigan destination #1) was the opposite of stormy and a humid 83 degrees when we arrived at the MBC (Michigan Brewing Company). Our first glass of Michigan beer!

I added another coaster from the MBC to my growing collection and Anne and I inwardly toasted Chris and Miranda for agreeing to let us stay a few nights. 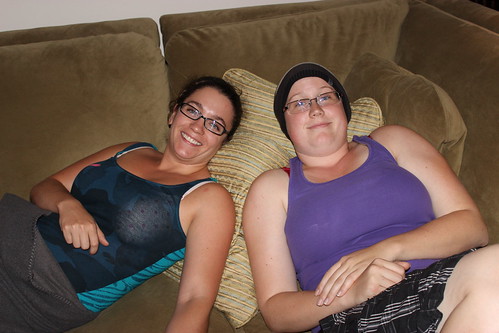 The next night we checked out another local bar: The Bloated Goat.

Yes, that is actually the name of a bar. 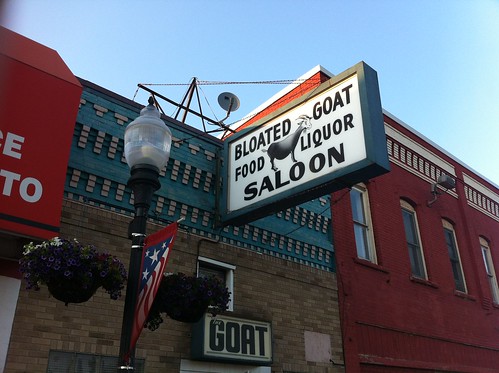 Here, Anne and I got what will likely be the largest, iciest glasses of beer we will ever have. 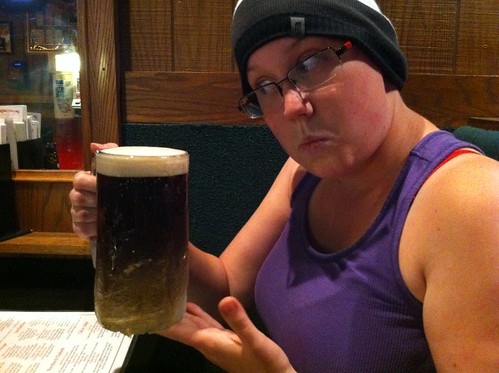 It’s also where we discovered the Midwest drink combo, Summer Shandy – a half beer/half lemonade drink. (Something I highly recommend to anyone forced to drink beer against their will.)

Michigan was also the state where we really began to take exercising on the road seriously.

Anne was on her own mission to run a mile our second day there and I decided to join her.

“Shoes? Ughh, I’ll have to dig through the car…and putting on tennis shoes sucks. I’ll just go barefoot!” were my famous last words.

And after running around in the yard and on asphalt during 90 degree weather, my feet decided to punish me with blisters. Some were on my toes, some on my heels – but the worst of my blisters were on the balls of my feet and about an inch long. OUCH.

Yet the exercise must continue! We hit up the gym that night with Miranda for some intense dead lifting instruction. Squats were squatted out, weights were lifted up, and races were won on the rowing machines.

Tear it up out there today folks! No pain no gain, right?