You call THAT a lake?

Our visit to Niles, Michigan started out innocently enough with some American Italian food.

We met up with my cousins-of-a-sort Pat, Gail, their two daughters, and Carol at Pizza Hut for some reconnecting then spent the next two pleasant nights with Pat and Gail! 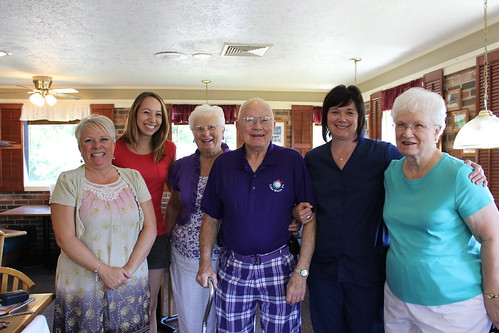 After the initial Pizza Hut party, Gail took us out down to Indiana so we could check out the Amish culture in the area. 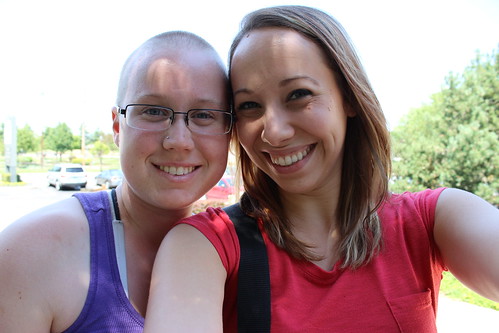 A picture of us and nothing particularly Amish-y.

Gail bought some awesome bread from an Amish store we explored, we drove through the Notre Dame campus, and toured the local outdoor swap meet in the midst of blazing Michigan heat and blistered feet. 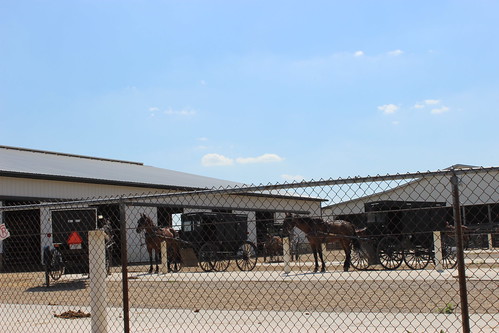 Our stay in Niles was especially awesome for two reasons. First, because Lake Michigan is a beast. Second, because my mom’s family grew up in Michigan and reconnecting and exploring your family history is utterly fascinating (albeit sad at times).

Now, about that lake part – at this point, Anne and I have already been pretty appalled with some state’s definitions of lakes and ponds. For example, they have this “pond” in Vermont called Grout Pond. We camped next to that “pond”. It was not a pond. And up until we got to Michigan we considered it a lake…until we saw Lake Michigan.

In the online version of the Oxford Dictionary (a dictionary with such a fancy name, its clearly legit), the word “lake” is defined as, “a large area of water surrounded by land.” The word “pond” is defined as, “a small body of still water formed naturally or by artificial means,” (I’m sorry, were there other formation options?).

As you may notice, there are no clear size restrictions listed here. And I’m pretty sure the only other option to choose from is a puddle, which really only applies to those little splotches of water kids jump in after it rains. So who gets to choose? In my opinion, the same guy that named Lake Michigan named Grout Pond…and never bothered to look at any other bodies of water.

If you’ve never had the opportunity to visit Lake Michigan, this might give you a better idea: 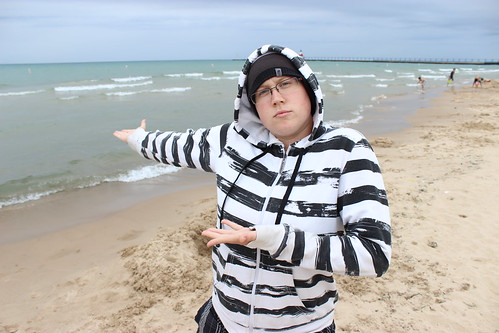 It’s the beach without sharks, plus sand dunes. (Which are awesome.)

It rained while we were there, but we still had some time to eat pizza, explore, and walk on the pier before everything became too drenched for us to stay. 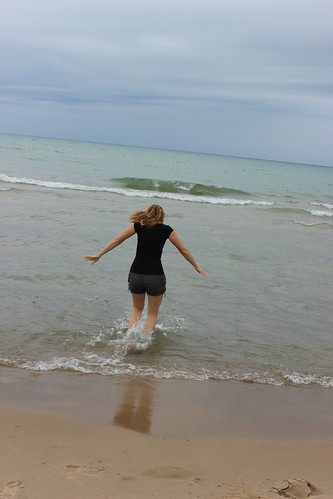 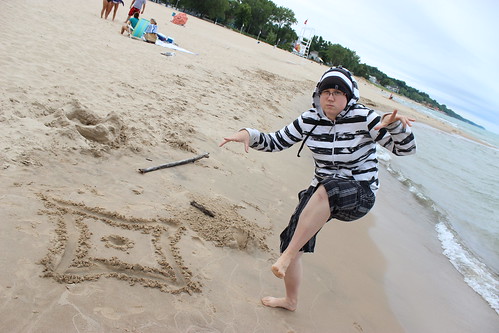 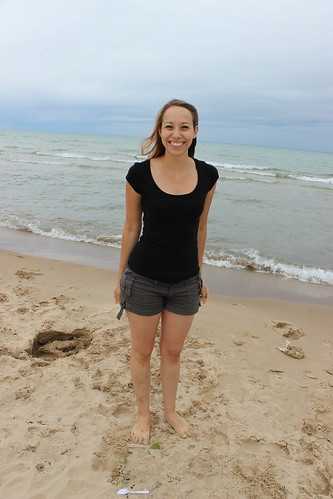 (Note: Next is the part about Rachel’s family history. She will try to make it interesting, but if you aren’t in Rachel’s family, feel free to skip some.)

Before we checked out Lake Michigan, Gail gave Anne and me an epic tour of the surrounding areas where my family used to live. We even visited an old barn turned jam making, fruit selling shop! 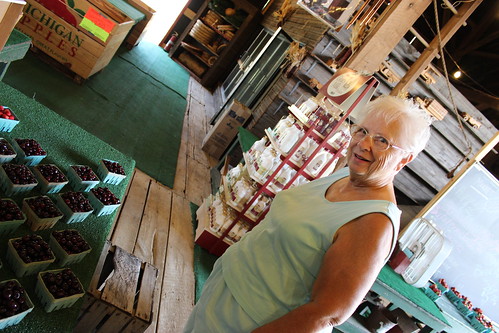 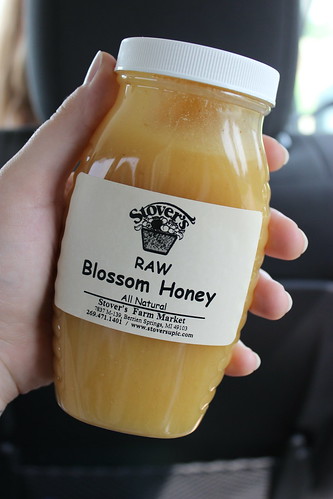 We also found the school my Uncle went to, the home Gail grew up in, and even the house where my mom used to live! 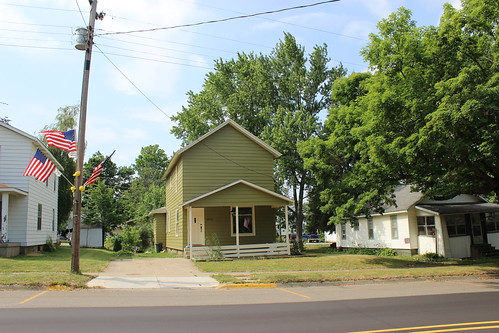 Why aren’t all houses this color?

The best story however, happened when we stopped to take pictures in front of the house my great-grandparents built. 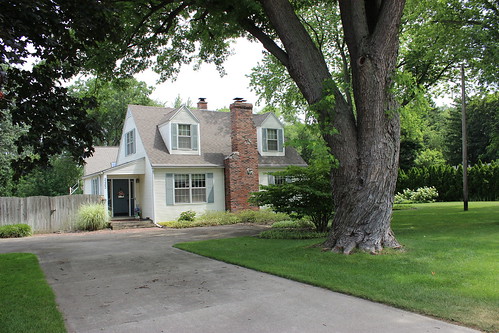 We first discovered Gail’s “throw all caution to the wind” spirit during our visit to Norte Dame. They have a pretty great library there where most people take pictures. Only problem is, there isn’t parking next to it! Gail was determined to get us that picture though and so she swung her mini-van up onto the curb, right in front of the stadium entrance. It was awesome.

And yet, even though we knew of Gail’s head-on spirit, Anne and I weren’t expecting it at all when she pulled the car into the back drive way of this house while the owner was on the phone working right next to us. This does not seem like a good time to run and pose next to the house…I thought to myself. 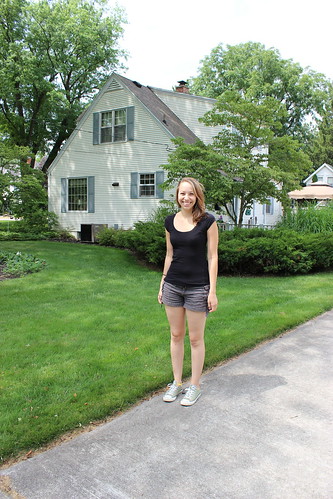 One of those, “Was it worth it?” moments.

As I raced for my life back to car, reassuring myself that this man in the driveway would never see my face again, he got off his phone and started walking over to us.

He was not amused. (Apparently lots of people come to his house and take pictures – only they do it for home renovation ideas.)

Thankfully, once we told him our story he loosened up and even invited his wife out to talk to us. Turns out, at one point they’d even found an old bike on the property with my grandfather’s name on it.

That about ends our journey with Pat and Gail! I’ll leave you to ponder this picture of Pat on the floor of the car. 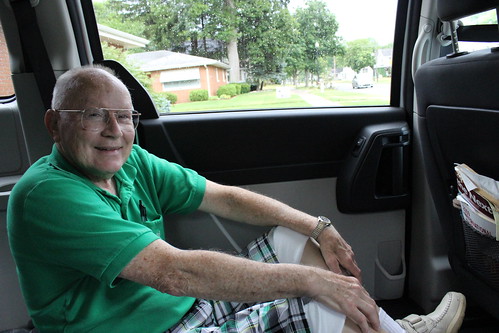 One Response to You call THAT a lake?